Responsibility for the climate and the environment

The F-gas regulation 517/2014 is an EU regulation that applies directly in all EU member states (i.e. no further measures are required to implement it in national law). It was published on May 20, 2014 in the Official Journal of the EU and came into force on January 1, 2015. Compared to the less strict, previous F-gas regulation (EC) 842/2006, it contains several important new measures to reduce emissions of fluorinated greenhouse gases.

What is the phase down?
The phase-down is a step-by-step reduction of the partially halogenated fluorocarbons (HFCs) placed on the market with the aim of reducing the consumption of HFCs. The EU has set an ambitious target for this: by 2030, HFC quantities are to be reduced by 79 % compared to 2015 levels. Innovations and the use of refrigerants with a lower global warming potential (GWP) are to be promoted.

How does the phase-down work?
To implement the phase-down, the European Commission must ensure that the quantities of refrigerants imported into the EU are gradually reduced. Refrigerant manufacturers and importers receive so-called quotas for this. These quotas are expressed in CO2-equivalents (weight of the refrigerant in kg x GWP value) and describe the maximum amount of HFCs that manufacturers and importers of the refrigerants may place on the market.

Who can apply for quotas?
The quotas apply to refrigerant producers and importers, i.e. for HFCs that are not contained in systems. System manufacturers, system builders and end users cannot apply for quotas. However, they must ensure that the HFCs they use are taken into account in the phase-down

How can you prove that?
Both manufacturers / importers of refrigerants and manufacturers of pre-filled systems are obliged to report. While this was already prescribed for the manufacturers / importers of refrigerants in the old F-gas regulation from 2006, this obligation is new for the manufacturers of pre-filled systems. Regardless of whether they are inside or outside the EU, they have to meet specific reporting requirements. In particular, this involves drawing up a declaration of conformity (DOC) in which it must be confirmed that the refrigerant in the systems falls under the European phase-down.

Which products are banned?
To control the phase-down scenario, the new regulation contains additional bans on placing HFCs on the market. These bans and the date of their entry into force are listed in Annex III of the new regulation. The decisive factors are the type of system and GWP value of the refrigerant used. The focus is on refrigeration applications, but GWP limit values also apply to air conditioning systems.

System tightness and leakage detection
System tightness remains one of the priorities of the legislation. Operators are still obliged to prevent the emissions of F-gases by all means. As in F-gas regulation 842/2006, the number of tightness checks depends on the refrigerant charge in the refrigeration circuit. However, the new regulation is based on the CO2-equivalent and no longer on the system fill weight in kg, as was the case in the old regulation. This means that systems that were previously not subject to inspection may now be. In general, this is the case if the refrigerant has a high global warming potential, as the threshold value in CO2-equivalents will then be reached faster than before.

Training and certification
Training and certification are crucial for the responsible use of refrigerants. As in the old F-gas regulation, both skilled workers and companies that handle F-gases (installation, maintenance, servicing) must be certified. There is no uniform training or certification program for all EU member states. However, certificates must be recognized across borders. It is also to be expected that an additional focus in the training will be placed on refrigerants, which require special safety measures. 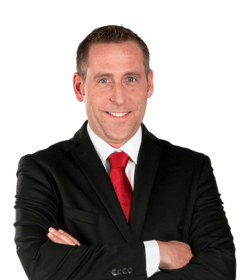 Or write to us at: